Monotremes are a special group of mammals who lay eggs instead of giving live birth. Monotremes are pretty rare – scientists only recognize a few living species – so many people have never heard of the term. That’s a shame, as these fascinating animals offer unique insights into the evolution of mammals.

We’ll talk about monotremes below and explain a bit about how they survive.

Scientists have only described four monotreme species living in the modern world. Scientists believe that a number of monotreme species formerly walked the earth. But currently, there are only four living monotremes. These include:

Echidnas are also relatively unusual-looking animals. They can grow to about the size of a raccoon or small housecat. They have four powerful limbs with long claws, and their bodies bear spines that help protect them from predators. Echidnas also have long, beak-like snouts, which make them look similar to anteaters.

Interestingly, platypuses and echidnas both have small cells in their beaks that can detect electrical signals. This helps them to find prey, as all living animals produce an electric field. However, the platypus has 20 times as many of these cells as echidnas do.

Monotremes reproduce in a much different way than most other mammals do. The biggest difference is that they lay eggs rather than giving birth to live young. The eggs are leathery like many reptile eggs, rather than brittle, like the eggs of chickens and other birds are. 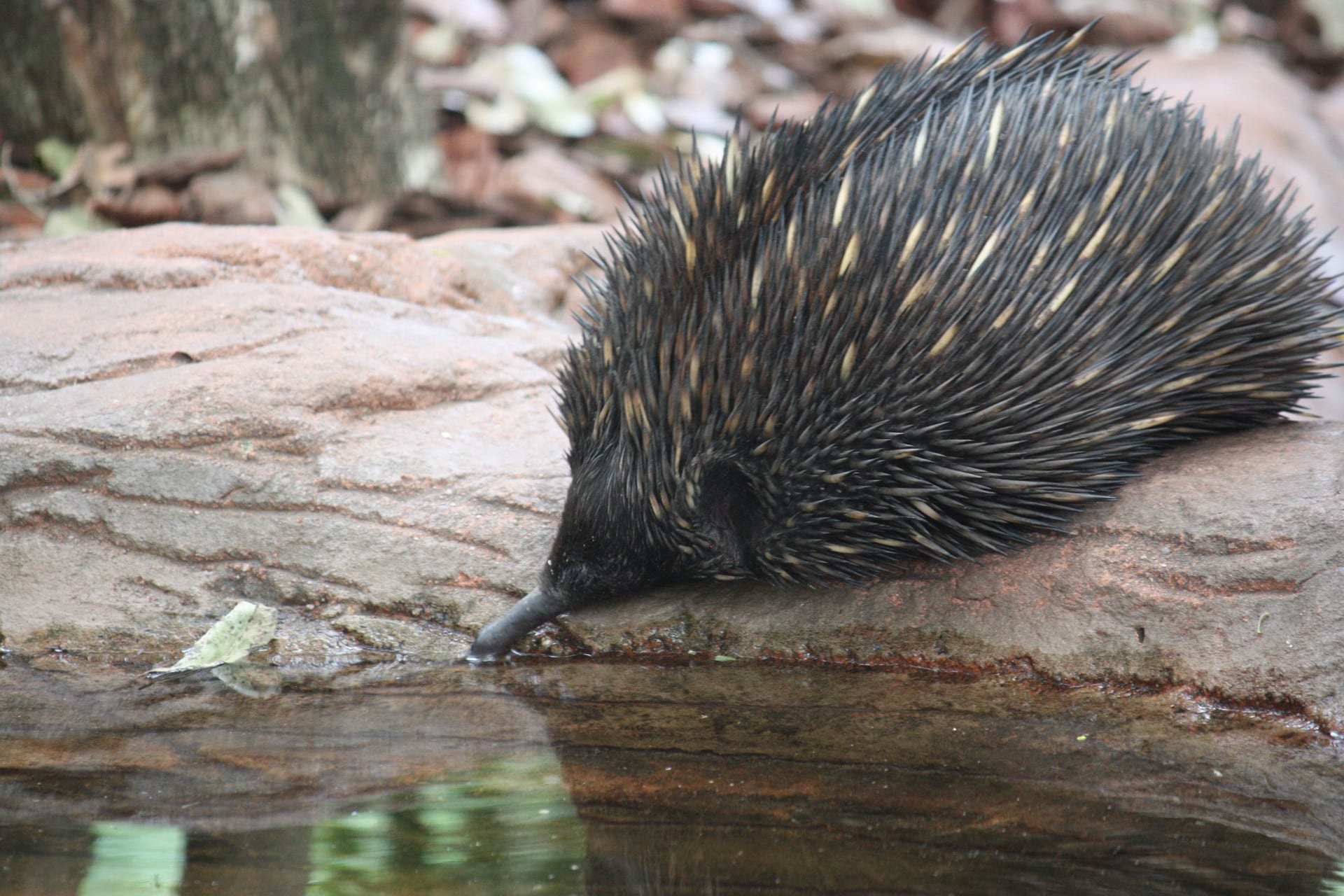 The young hatch about 10 days after the eggs are laid. This is quite different than most other egg-laying animals. Most bird eggs hatch in about 3 weeks. Meanwhile, the eggs of turtles, snakes and lizards take about 7 to 8 weeks to hatch. Some lizards even lay eggs that take 6 months or more to hatch.

Once the young monotremes hatch, they must climb up their mother’s body. This is quite similar to the way baby marsupials begin life, except that monotremes do not have a pouch in which they can hide. Monotremes produce milk for their young like all other mammals, but they lack nipples. Instead, they have simple ducts through which milk flows.

Where Do Monotremes Live?

Monotremes only live in a few places around the world.

Scientists suspect that monotremes formerly inhabited parts of South America. It wouldn’t be surprising to find that they formerly lived in southern Africa too. However, in the modern world, they are only found in two places: Australia and New Guinea. Platypuses only live in Australia. They’re primarily live along the east coast of the continent, although they also live in Tasmania. Echidnas, on the other hand, inhabit many parts of Australia as well as New Guinea. They often live in forests, as they are unable to tolerate the high temperatures that are common in the interior Australian deserts.

What Do Monotremes Eat?

All monotremes are carnivorous animals, but they hunt different types of prey.

Both echidnas and platypuses eat other animals. They don’t eat any vegetation, except for small bits of plant matter that they accidentally swallow while catching prey. 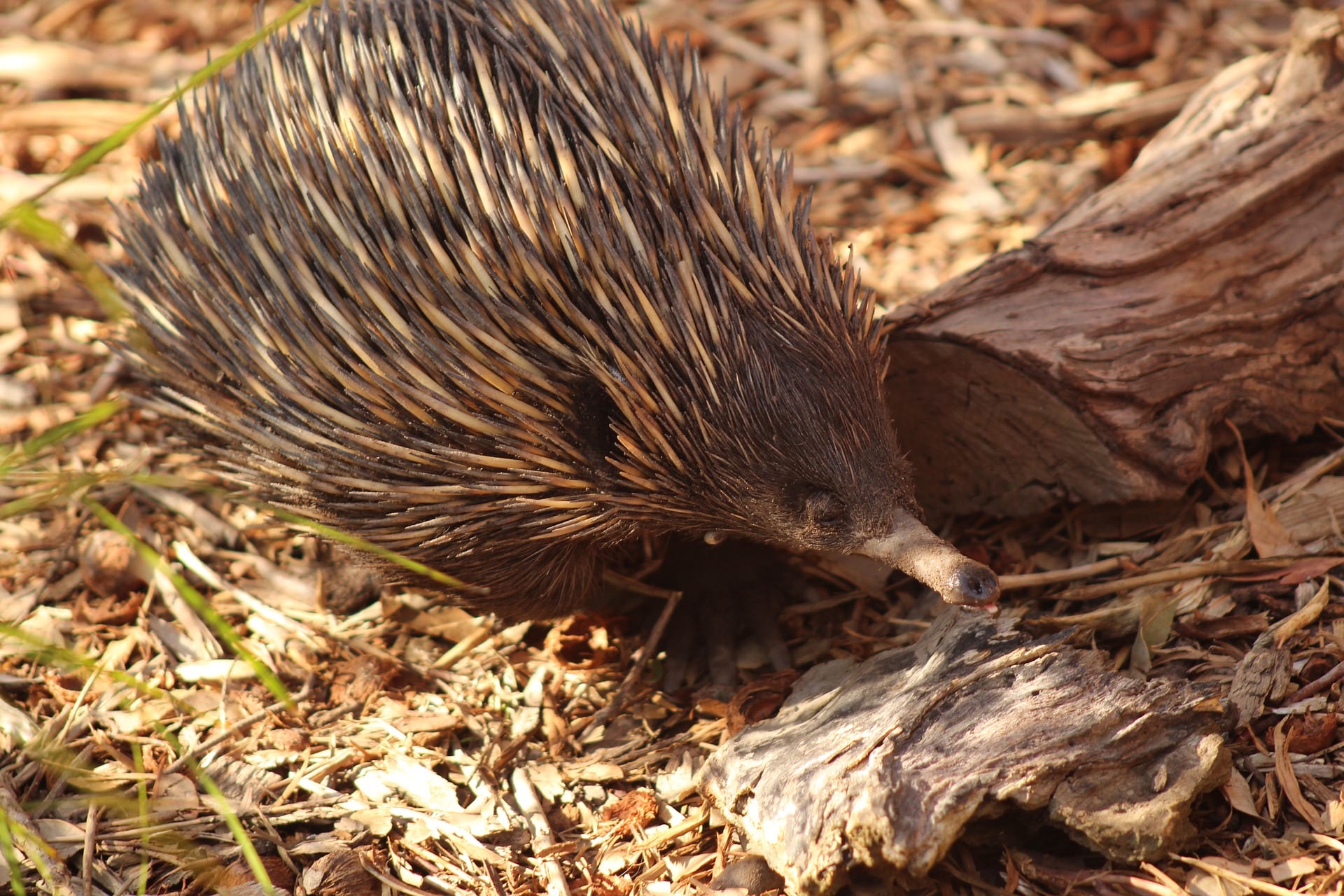 Different echidna species consume slightly different diets. However, most feed on ants and termites. They’ll also consume worms, slugs, beetle larvae and other soft-bodied invertebrates when they get the chance. They actually use their long, spiked tongues to help grip their prey. Once captured, they’ll pull the prey out into the open where they can eat it easily.

By contrast, platypuses primarily feed on aquatic organisms. They will eat just about any small animal they encounter, but shrimp, crayfish and aquatic worms are some of their favorites. In fact, platypuses often find these animals while they’re buried in the sand. They use their ability to detect electric currents to do so.

Platypuses have pouches inside their cheeks, somewhat like those of chipmunks and ground squirrels. They’ll use these pouches to hold prey caught underwater. Once they return to the surface, they eat whatever prey they’ve captured.

Although they are peaceful animals, all living monotremes have very effective defense mechanisms.

Unless you live in Australia or New Guinea, you aren’t likely to encounter an echidna or platypus outside of a zoo. Just be sure that you keep your distance if you do. Neither echidnas or platypuses are aggressive, but they’re very well-protected animals that can inflict painful wounds. Echidnas have obvious defensive features. Their long spines can cause very serious puncture wounds for any animal foolish enough to threaten them. Platypuses, on the other hand, don’t have such obvious weapons. Their defensive weapons are located near their legs and come in the form of venomous spines.

Only the males have these spines, and they’re likely used by males who are battling for territory or mates. However, they will also stab attackers with these spines if necessary. Not many people have experienced the spines of a platypus, but those who have report that it is one of the most painful things they can imagine. 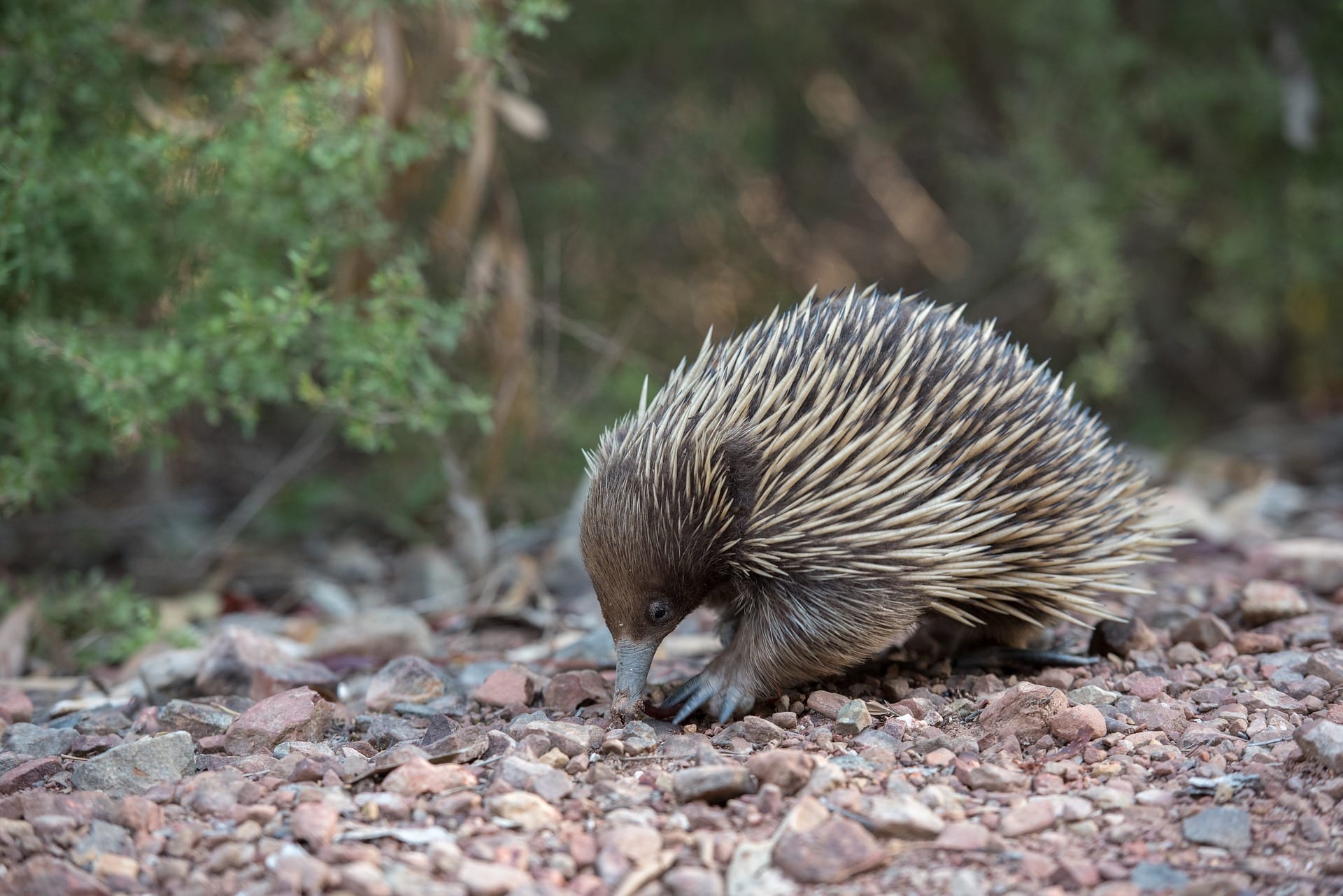 Monotremes only live in a few places around the world, likely because placental mammals (those who give birth to live young) outcompeted them in the recent past. Why do you think placental mammals were able to do so? What traits of monotremes may have made it hard for them to survive?

Let us know your thoughts in the comments below.