Northern Arizona’s Grand Canyon is one of the most famous natural areas in the United States, and it even receives global recognition, as it is typically considered one of the Wonders of the World. But while the rock formations that characterize the park breathtaking to behold, Grand Canyon National Park is also brimming with fascinating animals.

We’ll detail some of the most interesting animals that live within the park and surrounding area below, and we’ll also provide some wildlife viewing tips to help give you the best chance of seeing a variety of charismatic creatures.

Big Animals for a Big Park

Despite the rugged terrain of Grand Canyon National Park, several large herbivores live within its borders. Bison are certainly the largest and most notable example. These gigantic herbivores often weigh up to 2,000 pounds and form herds numbering into the hundreds. Unfortunately, the park’s bison only live in one location, near the north rim of the canyon. 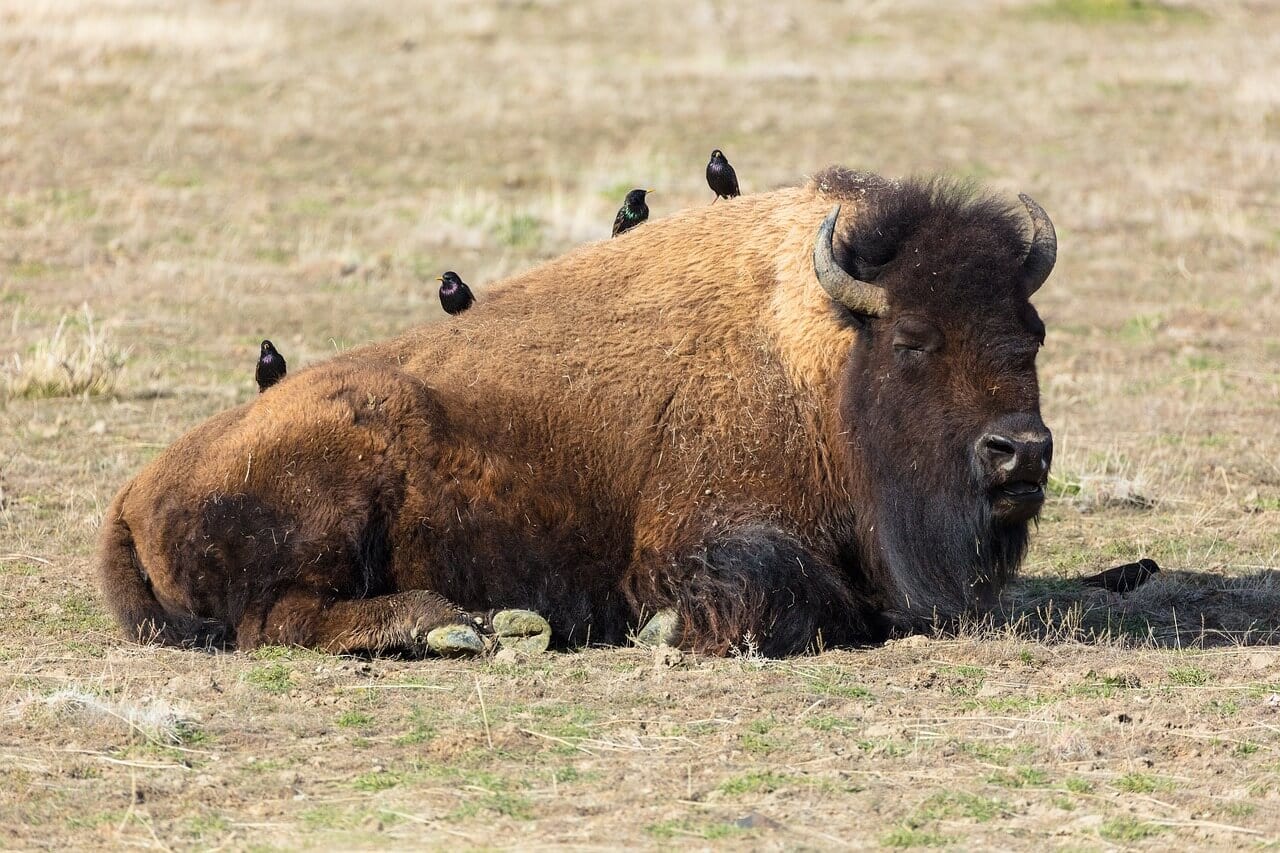 Elk also live inside Grand Canyon National Park. Although they aren’t as large as bison, they’re still big animals, who often exceed 600 pounds in weight. Just be sure to view these animals from afar, as they won’t hesitate to attack perceived threats.

Bighorn sheep also inhabit the rugged lands surrounding the Grand Canyon. These sheep must be nimble enough to scale the steep cliffs in the area, so they’re much smaller than elk of bison. Most bighorn sheep weigh about 150 pounds or so.

Reptiles in a Rugged Land

Grand Canyon National Park is a reptile-lovers paradise. Eighteen lizard species dwell within the park, but none are as famous as the venomous Gila monster. However, these lizards are notoriously secretive, so the chances of encountering one are rather limited. Nevertheless, you’ll want to keep your distance if you do see one of these beautiful lizards, as they can inflict an excruciatingly painful bite. Most of the snakes that live in Grand Canyon National Park are non-venomous. The harmless gopher snake is one of the most common species, and probably the one visitors see most often. However, six different species of rattlesnake also live in and around the canyon, so be sure to watch your step when exploring.

The desert tortoise also lives within the park’s borders. These medium-sized tortoises retain water in their bladder to help them survive in this harsh desert landscape. Be sure that you do not touch them or pick one up, as this will cause them to urinate in defense. This may make them vulnerable to dehydration and ultimately lead to their death.

Invertebrates Inside the Park

Few types of animals native to the park exhibit the diversity that butterflies do. In fact, the Grand Canyon is home to nearly 300 different butterfly species. These animals play important roles in the pollination of the park’s plants, and they also serve as prey for many birds and reptiles. There are also a number of interesting arachnids found in the park. The bark scorpion is one of the most common. Bark scorpions typically spend their time hiding under rocks and logs, but they’ll emerge at dusk to hunt for prey. Tarantulas also live in the park. Though they may look frightening, most tarantulas will flee if approached and they tend to avoid humans as much as possible.

Rare and Beautiful Birds of the Park

Grand Canyon National Park is home to an array of bird species. This not only includes raptors and vultures that spend their time soaring high above the ground, but also a variety of small songbirds who inhabit every habitat within the park. A few of the park’s native birds are even endangered. For example, the western yellow-billed cuckoo breeds near the park’s rivers and streams, as does the Yuma clapper rail. However, the most notable of the park’s endangered species is undoubtedly the California condor. With a wingspan that often exceeds 9 feet, these large birds are slowly starting to recover, after nearly becoming extinct in the 20th century. In fact, their population fell to only 22 individuals in 1982, before rebounding to their current population of about 230 individuals.

You’ll have a much better chance of seeing animals at Grand Canyon National Park if you embrace the following tips.

Grand Canyon National Park provides visitors with the opportunity to see a wide variety of animals in a single location. However, you can’t expect to see many if you just wander the park without a plan. Instead, try to employ the tips listed below. Grand Canyon National Park is one of the most famous parks in the world, and more than 6 million people pass through the turnstiles each year. Most of these visitors are likely most interested in the park’s unique geology, but the wildlife species living in the park are nearly as awe-inspiring.

Have you ever visited Grand Canyon National Park? We’d love to hear about your experiences in the comments below. Be sure to tell us about the various animals you observed in the park, as well as which ones were your favorites.