The Abyssinian cat loves to look down from a high perch. This highly intelligent cat breed was, at one time, thought to be the cat of the pharaohs. The Abyssinian thrives in jumping farther, climbing higher, and playing harder than any of the neighborhood cats.

The American bobtail cat is, oddly enough, known for its dog-like personality. This muscular breed has almond-shaped eyes, and a very short tail. These cats may look tough, but they are affectionate, and become attached to the entire family.

With its wild, leopard-like appearance, the Bengal cat is playful and affectionate. A highly intelligent cat, the Bengal is known for meowing in a wide range of tones, perhaps impersonating a wild animal! Don’t let that fool you, this cat gets along famously with children and other pets.

The Birman cat is a somewhat exotic-looking animal, with light, silky fur that is dark-tipped over the face, ears. The Birman is born white, developing its distinctively-colored coat as it matures.

This sleek, black cat looks a bit like a miniature panther, but is known to be gentle and affectionate. The Bombay cat loves to play games, and will even learn tricks. There may not be a better family cat, and his easy-going personality makes him a good apartment-dweller.

With chubby chipmunk cheeks, and knowing smile, the British shorthair seems the obvious model for the Cheshire Cat in the famous story Alice in Wonderland, by Lewis Carroll. Even with his Cheshire Cat smile, this cat’s thick, plush coat gives him a teddy bear look.

This sleek-coated cat was thought, at one time, to be a Siamese cat with a chocolate-colored coat. The Burmese is a friendly cat, that enjoys a friendly conversation as much as the next person, and her voice is soft and sweet.

This large, muscular cat balances on short, fine-boned legs. The Chartreux, which hails from France, boasts a plush, double blue coat. Offering smiles to all, this cat is loving to everyone in the house – including other pets.

This skinny cat with large ears is the pixie of the cat family. This cute, elfin-face only hints at the fun-loving personality of the Devon Rex, who has been compared to the mad-cap Dennis the Menace. Expect this playful pet to power down at the end of the day, and snuggle with you under the covers.

This affectionate, yet discriminating cat is actually a type of Persian cat. The Himalayan’s soft, fluffy coat is tipped with a darker color, which varies from chocolate, to tortie, blue to lilac, red, or even cream. The laid-back, affectionate Himalayan is guaranteed to look the part of royalty as it makes its home in your lap.

A favorite in American homes, the manx cat comes in a wide variety of colors. What they all have in common is no tail! The missing tail on the manx is not due to a surgical procedure, but due to a genetic mutation. Gentle and playful, the manx is known to play fetch, and to carry his favorite toys around the house.

A stunning, long-haired cat, the Norwegian forest cat looks like he might be right at home pulling fish from the stream, or stalking prey in the forest. While the independent Norwegian enjoys spending time with human companions and other pets alike, that relationship can best be described as “on his own terms.”

This slender feline sports the spots of a leopard, making him a stand-out beauty. The Ocicat loves his people, making a devoted companion who will welcome your guests with a lovely lap-sit. This cat is highly intelligent, and will easily figure out how to open doors and latches, and loves puzzle-type toys.

The Oriental shorthair, with its bat-like ears and almond eyes, is exotic in appearance. This highly intelligent breed offers a surprising benefit – it is hypo-allergenic, not triggering allergic symptoms in many people who are known to be allergic to cats.

This large cat tips the scales at between 13 and 18 lbs., and has a long, racoon-like coat and fluffy tail. The Maine coon began its life as a talented mouser – both on the farm, and aboard ship. While he likes to be around humans, the Maine coon is not a lap cat.

The elegant Persian cat dates back to ancient Mesopotamia, which was later known as Persia, and is now known as modern-day Iran. The Persian is quiet and sweet, preferring a quiet environment, adding her sense of calm to a serene home. The Persian is the most popular pedigreed cat in the U.S.

The Russian blue – with its plush, blue-hued coat, and green eyes – comes straight out of Russian lore. This cat produces fewer allergic symptoms in many people, though they are not completely allergy-free. This kitty is loving, but shy around strangers – your guests may never meet this sweet member of the family.

The Scottish fold is named for the genetic mutation that gives him his distinctive folded ears. Taking the cat’s folded ears, round face, and large eyes – many say he looks somewhat like a fuzzy owl. The Scottish fold comes in a variety of colors, and has short hair. There is, however, a long-haired version the Highland fold.

This bald-but-beautiful cat seems somewhat of a contradiction of some people’s idea of a pet. The hairless sphynx is soft and warm to the touch, and quickly draws people in with his winning sense of humor, and loving disposition. 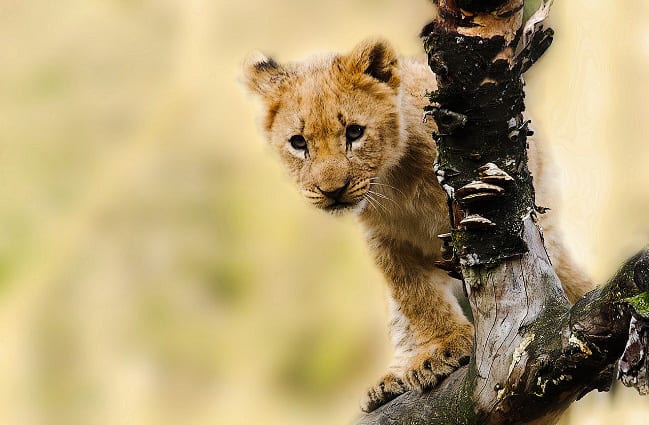